You are here: Home1 / Insights2 / Feeling sleepy and being unable to sleep: the remedies for insomnia

One-third of our life is spent sleeping. Sleep is a complex phenomenon that is necessary for our continuous regeneration. Good-quality sleep is essential for good health. The important thing is to wake up feeling good.

A good sleep is judged, in fact, from how you wake up and not from how long you sleep. The daily sleep requirement varies widely from one person to another and, in general, ranges from a minimum of approximately 3 hours to a maximum of 10 (or more) hours per night. This is another reason why the definition of insomnia is subjective. The main disorders of the waking/sleeping rhythm include difficulty falling asleep, repeatedly waking up during the night, and shallow sleep.

It is believed that approximately one-third of the world’s population suffers from insomnia. People who suffer from chronic insomnia present reduced ability to work and perform normally, are less productive, less able to collaborate with colleagues, less socially active, are at higher risk of car accidents, as a consequence of tiredness and the use of sedatives, present higher hospitalisation rates, a higher frequency of falls and broken bones.

The release of certain substances is modified during sleep. The production of some hormones, such as melatonin, growth hormone and prolactin, increases during the night, while the synthesis of adrenalin, the stress hormone, decreases; the heart and respiratory rhythm slow down. Cortisol and testosterone are released at the end of the night to make it easier to wake up. The release of these substances during the night makes it possible to neutralise the free radicals formed during the day, which pose a constant threat of aggression, especially where the brain is concerned, they increase energy levels, help repair damage accumulated in the tissues, protect against ageing, improve the immune system, reduce the risk of cardiovascular disease. In this way, the body, healed and regenerated by sleep, is ready to start a new day.

Light during the night inhibits the production of melatonin, the hormone that helps regulate our waking/sleeping rhythm. In particular, we are very sensitive to blue light (short wavelength), which makes the midday sun shine and the computer monitor bright, but which can disturb our rhythm, especially at night, when we need darkness. Nowadays, large cities are often lit with LED lights. Economically more efficient, they produce a lot of blue light that is more harmful to sleep.

Herbal medicine has a less intense and slower therapeutic effect compared to conventional pharmacological treatment; however, it does not cause pharmacological addiction and it does not change the structure of normal sleep. Usually, medicinal plants are used to prevent sleep disorders from becoming chronic or to promote weaning from psychotropic drugs.

In this case, these types of medicine are progressively reduced and – in some cases – are replaced. In general, in the treatment of insomnia, it is recommended to administer the chosen preparation not just in the evening before going to bed, but also in the morning or in the afternoon, especially in the case of sleep disorders caused by tension, anxiety, and stress.

The medicinal plants that help treat insomnia can be used on their own or in preparations in which they are combined in various ways.

(Valeriana officinalis L.) Valerian – or cat grass – is a herbaceous plant of the Valerianaceae family. Valerian has been used as a medicinal plant for centuries, at least as early as the Greek antiquity. The term derives from the Latin ‘valere’, be well, and is an indication of the curative properties of the plant.

In the Middle Ages, alchemists considered valerian to be a ‘magic plant’.

During the Renaissance it was used for its ability to prevent epilepsy attacks.

It is currently one of the most studied medicinal plants, due to its sedative and muscle-relaxant properties. The smell of valerian, which intensifies with drying, is rather unpleasant, as it recalls sweaty feet. Cats, on the other hand, love it, to the extent that, in some places, valerian is also known as ‘cat grass’. Herbal medicine uses the plant’s roots. Valerian’s sedative, spasmolytic and sleep-inducing properties derive from the activity of the essential oil, valepotriates and certain alkaloids. One cup of valerian root obtained through cold maceration, using 1 teaspoon per cup of water and leaving to macerate for 6 hours, taken before going to bed. The sedative and sleep-facilitating activity of cold maceration has been shown to be superior to that of infusion, as certain thermolabile components are respected.

The mother tincture can also be used: 20-40 drops, 1-3 times a day, or 50 drops in the evening. To naturally promote calm and sleep, it is also possible to use the dried extract, obtained from valerian root and titrated at valerenic acids. Usually, it is recommended to take 1-2 tablets with a bit of water.

Valerian-based preparations can be taken at any age. At the recommended dose, they do not have secondary effects; however, their use is not recommended during pregnancy and breastfeeding.

Melatonin is the regulator par excellence of the waking/sleeping cycle. Its production and release in the blood are stimulated by darkness and inhibited by light. In humans, the secretion of melatonin increases soon after darkness falls; it reaches its peak in the middle of the night (between 2 and 4 in the morning), to then gradually decrease in the last part of the night. The plasmatic concentrations of this hormone vary considerably depending on age: they start decreasing in adults, and especially in the elderly. Melatonin is produced in the pineal gland from serotonin. Serotonin levels are higher during the day and drop during the night, while the opposite happens to melatonin. The secretion of many hormones is directly or indirectly influenced by serotonin and melatonin: cortisol and testosterone are released before waking, while growth hormone (or GH) is released during the night.

Supplementation with Melatonin before going to bed promotes sleep, improves its quality, breaking the vicious circle that is responsible for insomnia.

The ringleader of phytocomplexes with a sedative, sleep-inducing action. It contains numerous pavine alkaloids (escholtzine, californidine), protopine alkaloids (protopine), flavones, phytosterols, carotenoids. It acts on receptors of benzodiazepines. Eschscholzia is indicated, in particular, in the following conditions: sleep onset insomnia, neurovegetative dystonia. Protopine is one of the most common protopine alkaloids.

It is relaxing, sleep-inducing, sedative, antispasmodic. In clinical use, Eschscholzia has shown prolonged action without depression of the central nervous system, thus preserving mental acuity. Furthermore, it is a plant that is also well-tolerated by children, and is, therefore, used in the presence of childhood neurovegetative disorders and nocturnal enuresis.

It has always been known in folk medicine as a sedative and calming remedy for the central nervous system. It is used to treat minor sleep disorders, thanks to its sedative action without collateral effects (European Commission, 1988): it is recognised as a sleep-facilitating remedy, even in the elderly and frail.

It is an amino acid, extracted from tea leaves, which has been proven to stimulate the production of alpha brain waves resulting in a calming effect, without causing drowsiness. Numerous pharmacological and clinical studies have been performed, which have confirmed: relaxant effects, increased learning ability and concentration, pressure reduction, improved sleep quality, recovery from physical stress, improved physical and mental performance.

To control sleep disorders and regulate the waking/sleeping rhythm, as in the case of jet lag, Specchiasol has formulated various preparations using natural remedies: 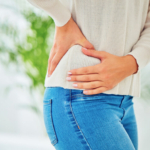