You are here: Home1 / Highlights2 / Draining excess fluids in summer

Fluid retention consists in the excessive accumulation of interstitial fluids in the dermis and hypodermis, which can also cause very significant variations in weight. It can indicate a hormonal imbalance (premenstrual syndrome), food intolerance, or be the consequence of a pharmaceutical treatment that increases tissue absorption with respect to fluids (cortisone, oestroprogestinics).

Women of childbearing age are frequently prone to fluid retention, particularly during the premenstrual phase due to the fluctuation in oestrogen levels. Said condition is sometimes associated with so-called ‘cellulite’ due to the subcutaneous accumulation of a gelatinous substance, resulting from a microcirculatory disorder. This phenomenon is due to the progressive difficulty in eliminating build-ups of metabolic waste.

This is a colonising tree of acidic, uncultivated, poor soils. It helps to regenerate degraded soils and promotes the growth of other leafy species, creating favourable humus. Just as Birch cleans and purifies acidic and uncultivated lands in nature, in the body it similarly purifies and deacidifies patients’ ‘soil’ in their connective tissue, and, in particular, their skin and joints.

The Birch tree in itself contains all the energy and active ingredients necessary to restore the acid-base balance: it facilitates the elimination of urine, removes acidic deposits from the connective tissue matrix, flushes out waste and toxins, preparing the tissue for regeneration

Different parts of the tree are used in phytotherapy. The leaves in particular have general purifying properties that restore tone and freshness to the skin.

To treat the tendency for fluid retention, diuretic plants are used such as Java tea from the Lamiaceae family (Orthosiphon stamineus Bentham), which grows in swampy areas on the island of Java, in India, and Australia. Its most important property is its diuretic action, increasing the quantity of urine and therefore speeding up the elimination of waste and toxins. This effect is due to the presence of diterpenes and triterpenes. Orthosiphon stamineus is therefore used in numerous conditions resulting from the build-up of toxins in the tissue, such as eczema, joint pain, fluid retention, cellulite, obesity, and functional renal failure. Preparations are available on the market combining Java tea with other plants (pilosella, European goldenrod, melilot, papaya). 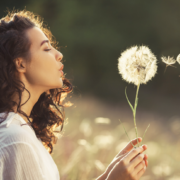 Properties and benefits of the Aloe Vera plant