You are here: Home1 / Highlights2 / Omega-3 for cardiovascular and mental well-being

Omega-3s are fatty acids essential for our life and health. They form the fats constituting the membrane of all cells. Their presence in a balanced ratio with omega-6s ensures the flexibility of the cell membrane and normal passage of nutrients or waste.

The importance of omega-3s in reducing the risk of cardiovascular disease emerged following various studies highlighting how the Eskimo diet based on fish, which is rich in omega-3, protected this population against cardiovascular disease. Subsequent studies confirmed the protective role played by their regular and adequate intake. Omega-3s do in fact thin the blood thanks to their antiplatelet action, reduce the risk of heart and vascular disease, keep the arteries clean and elastic, counteract high blood pressure in hypertensive people, and lower cholesterol levels. Moreover, they protect the eyes and retina in particular, promoting optimal vision. The visual capacity ensured by properly moisturising the vessels of the retina actually requires the supply of omega-3s, which facilitate circulation in the thin capillaries of the eyes.

A great number of scientific studies have confirmed the pre-eminent role of omega-3 fatty acids for mental health, such that these substances are also known as ‘brain food’. Our brain is composed primarily of polyunsaturated fatty acids belonging to the omega-6 and omega-3 family, with a clear prevalence of docosahexaenoic acid (DHA). It is believed that just as algae and fish diets were responsible for the accelerated evolution throughout history of primitive men who landed from inland Africa on the Oceanic coasts, an adequate supply of omega-3 is similarly essential for normal brain development. In Anglo-Saxon countries, omega-3 consumption is also recommended as a dietary supplement for both pregnant women and premature babies.

It is well known that the retina needs DHA to convert the visual impulses of images into electric signals to be sent to the brain. The damage to the brain caused by alcohol abuse, due to its negative action on omega-3s, is similarly well known. Numerous studies have also shown how populations with a predominantly fish-based diet have a reduced incidence of depression. Children with hyperkinetic syndrome have low levels of omega-3 in their blood. Researchers therefore agree on recommending a regular intake of DHA and EPA to ensure the necessary replenishment for the normal functioning of sight, concentration, memory, and to maintain a stable and favourable disposition. 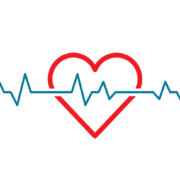 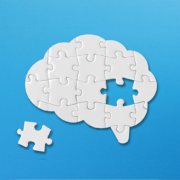