You are here: Home1 / Highlights2 / Propolis: integrity and defence

Propolis consists of a mixture of resinous, gummy and balsamic substances collected by bees in the spring from the buds and bark of trees, with the addition of salivary secretions. Man understood the possibility of transferring the protective properties of propolis from the hive to himself, mainly to prevent or treat seasonal ailments of an epidemic nature, but also to restore the integrity of the mucous membranes and immune system at the ‘entryway’, defending against potential aggressors posing a threat to his safety.

The pincer-shaped mandibles of older worker bees allow the collection of Propolis, from late spring to late summer, to ensure the solidity of the cells, their internal lining, defence against enemies, mummification of intruders, conditioning of the micro-climate and health of the hive.

This plant resin is a complex mix of glycoprotein substances, phenolic compounds, amino acids and minerals. It has an anti-infective and immunomodulatory action. There are numerous indications for the use of propolis-based preparations: mouth ulcers, Candida infections of the oral cavity and gastrointestinal tract, convalescence, pharyngitis, gingivostomatitis, cold sores, respiratory tract infections, viral infections, influenza, swollen lymph nodes in the course of infectious processes in the upper respiratory tract, colds, hoarseness, sinusitis, coughs. In preparations available on the market, Propolis is found either as a single substance or in association with other plant extracts that complete and optimise its healing properties. Aloe, Mallow and Chamomile enhance the emollient and protective action on the mucosa; Myrtle and Blackcurrant promote a soothing action; Drosera, Eucalyptus and Hedge-mustard aid the anti-inflammatory and sedative effect on coughs; Agrimony, Echinacea and Rose Hip, rich in vitamin C, strengthen the immune system.

Plant resin collected by worker bees from leaf buds and tree bark is processed and then used as a construction and defence material to seal, protect, and strengthen the hive. And while it’s true that the protective effects of the polyphenols in propolis are well known and reported in numerous scientific publications, at the same time, the abundant presence of waxes carries the risk of prompting the onset of possible allergic reactions following its intake, especially in pollen-allergic individuals. Waxes also hinder the action of the active ingredients of propolis, reducing their activity. The waxes are therefore removed to avoid allergic phenomena, increase the healing potential and optimise the quality of the propolis extracts available on the market. 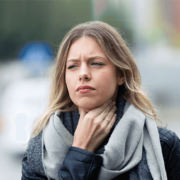 SpecchiasolSeasonal ailments and our immune system 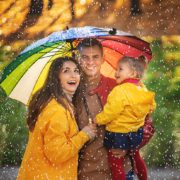 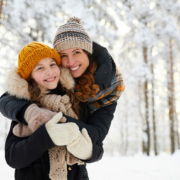