You are here: Home1 / Highlights2 / Cystitis, running in circles

This is a very common disorder that typically affects adult women (at a rate 50 times higher than men) due to the shortness of the female urethra, allowing intestinal bacteria to rise up into the bladder. The most common symptoms are pain and burning during urination, and the urgent need to urinate frequently. Among the agents responsible for cystitis, a prominent role is played by Escherichia coli, a germ commonly found in the intestine, which rises up to the bladder.

Cranberry fruit, thanks to its high procyanidin content, stops bacteria from adhering to the cells of the mucous membrane lining the urinary tract, thus promoting their elimination with urine. It also causes acidification of the urine, thus creating a hostile environment for the bacteria, and in particular for Escherichia coli, often responsible for cystitis. The dried extract must contain at least 36 mg of proanthocyanidins, measured using the DMAC method (a colorimetric method that uses dimethylaminocinnamaldehyde as a reagent) for best results, whether preventive or therapeutic.

Mallow (Malva sylvestris L.) is a plant rich in soothing substances. The flowers and leaves contain mucilage that exerts a soothing action on the inflamed mucosa. It also performs an intestinal regulatory action, which facilitates the condition of gut eubiosis. At a urinary level, it promotes defensive mechanisms, especially against Escherichia coli, responsible for cystitis.

D-mannose is a simple sugar, poorly absorbed by the gut, which after oral administration is largely eliminated with stools and urine, manifesting the inhibition of bacterial adhesins. It is suited for the treatment of recurring urinary tract infections, together with Cranberry.

It is available on the market in sachets or tablets. 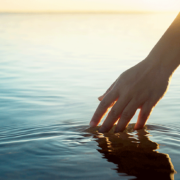 SpecchiasolDetoxing between seasons
Scroll to top