You are here: Home1 / Highlights2 / Running in circles

Lower urinary tract infections (UTIs) are a very common disorder. There are an estimated 150 million cases worldwide. Cystitis typically affects adult women at a rate 50 times higher than men, due to the shortness of the female urethra compared to the male one, thus allowing intestinal bacteria, in particular Escherichia coli, to rise up into the bladder.

After attaching to the bladder wall, the Escherichia coli bacteria begins releasing substances that attract other bacteria with the subsequent formation of organised colonies, thus creating the so-called ‘biofilm’. These structures allow the bacteria to escape detection by the body’s immune system and antibiotic activity. The survival of the germs in the latent stage will subsequently allow the release of bacteria from said colonies, causing a relapse of the urinary infection.

In the case of recurring cystitis, the European Association of Urology recommends using alternatives to antibiotic treatments to avoid their repeated and long-term use, with a view to preventing the formation of resistant strains.

Commonly sold natural preparations seek to enhance the properties of Cranberry, Mannose, and N-Acetylcysteine in particular. Specifically, thanks to its high procyanidin content, Cranberry stops the bacteria from adhering to the cells of the mucous membrane lining the urinary tract, thus facilitating its elimination through urination. This activity is completed by the Mannose. Recent experimental studies have documented the efficiency of N-Acetylcysteine in breaking down and reducing the bacteria content in the ‘biofilm’ of Escherichia coli. This activity is able to enhance both the properties of Cranberry and the effectiveness of antibiotics, especially in preventing relapses. 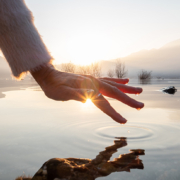