You are here: Home1 / News2 / Guides3 / Natural remedies for cystitis

Infections of the lower urinary tract (UTIs) are a very common condition. They mainly affect adult women, with an incidence 50 times higher than in men, due to the shorter length of the female urethra which allows bacteria from the intestine to migrate to the bladder, where they multiply triggering an infection and symptoms of inflammation. Cystitis may be encouraged by or more frequent during sexual encounters or in cases of insufficient intimate hygiene. It mostly manifests as burning and itching before and after micturition. In many cases, it may be accompanied by vaginal secretions caused by bacterial vaginosis, and, at times, genital herpes.

An integrated strategy for prevention and cure

In its acute phase, cystitis is treated with symptomatic medicines (anti-inflammatories or antispasmodics) and antibiotics, prescribed by a doctor for as short a time as possible (mono-dose preparations are available) based on the results of the antibiogram. Treatment with natural medicine is often combined with treatment with antibiotics, to better control the symptoms and prevent recurrent infections. In the presence of recurring cystitis, the European Urology Association advises the use of treatments as an alternative to antibiotics to prevent the repeated and prolonged use of the latter, with a view to preventing the formation of resistant strains. The available natural preparations take particular advantage of the properties of American cranberry, mannose, and acetylcysteine.

Once the UTI has been diagnosed, an integrated therapeutic strategy is put in place which also includes general measures that are summarised below:

In 1989, the English researcher R. Fuller used the term ‘probiotic’ to define ‘a live microbial food supplement which beneficially affects the host animal by improving its intestinal microbial balance’. In the 1960s, the concept of probiotic (from the Greek pro-bios, ‘that favours life’) had been used to differentiate from the concept of antibiotic (anti-bios, ‘against life’): the former prevents bacterial infections by enriching the intestinal microflora with microorganisms that can counter the growth of pathogenic bacteria, while the latter directly destroys the bacteria responsible for infections. Antibiotics, however, also destroy good or probiotic bacteria, and, when they are no longer taken, they leave the intestine exposed to the development of pathogens. This is why, after a treatment with antibiotics, it is recommended to take probiotics to restore the physiological protective flora. Probiotics are, in general, identified based on the genus (Lactobacillus, Bifidobacterium, etc.), the species (L. acidophilus, B. lactis, etc.) and the strain to which they belong (L. acidophilus LA-5, B. lactis B-b12). It is currently believed that the beneficial activity of probiotics is strain-dependent.

Cranberry berries (Vaccinium macrocarpon Ait.), a shrub of the Ericaceae family, are used to control recurring urinary tract infections. The widespread use of Cranberry-based products stems from a study carried out in 1994 and published in the Journal of the American Medical Association (JAMA): on 153 elderly women suffering from recurrent cystitis, the intake of 300 grams of American cranberry juice for 6 months indeed proved to be clinically effective. Thanks to the fact that it is rich in procyanidins (PACs), this fruit inhibits the adhesion of bacteria to the cells of the mucous membrane that coats the urinary tract, promoting their elimination with urine. It also causes urine to acidify, thus creating an unfavourable environment for bacteria and, in particular, for Escherichia coli, which is often responsible for cystitis. Numerous Cranberry-based preparations are available on the market for the prevention and treatment of urinary tract infections. The dried extract must contain at least 36 mg proanthocyanidins, measured with the DMAC method (a colorimetry method that uses dimethylaminocinnamaldehyde as a reagent), to ensure optimal prevention and cure. Cranberry proanthocyanidins can have chains of various lengths. Short-chain PACs are easily absorbed in the intestine and act very fast on the urinary tract, while longer-chain ones are absorbed more slowly, mainly acting in the intestine. This is why the treatment of acute cystitis prioritises preparations with short- and mixed-chain Cranberry, while extracts of mixed-chain Cranberry are indicated for the prevention of recurrent infections.

It is a derivative of the amino acid cysteine, with beneficial properties for the body (mucolytic, antioxidant, hepatoprotective). Recent experimental studies have documented the effectiveness of acetylcysteine in breaking up and reducing the number of bacteria present in the ‘biofilm’ of Escherichia coli. This activity can enhance both the properties of American cranberry and the action of antibiotics, especially in the prevention of relapses.

D-mannose is a simple carbohydrate, poorly absorbed in the intestine, which, having been taken by mouth, is mostly eliminated in the faeces and urine, inhibiting the adhesins of bacteria. It is indicated in the treatment of recurring urinary tract infections, in combination with American Cranberry. It is used in cycles of 20 days a month for the prevention of recurring urinary tract infections, as needed. 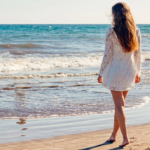 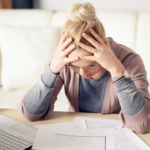