The removal of all substances that may hinder or slow down the regeneration process is a condition sine qua non for the continuous renewal inside us of the miracle of life and for the multiplication and renewal of our tissues’ cells. The continuous renewal of cells, the production of dietary waste, the introduction of toxic substances, such as preservatives, colourings, residues of food processing, and medicines, the stagnation of fluids as a consequence of a sedentary lifestyle create the need to remove substances, waste, and toxins which, by progressively accumulating, prevent, slow down or impede the normal vital processes.

The purification of the body can be facilitated by gently but persistently and consistently stimulating, with the use of detoxifying plants (Burdock, Birch, Artichoke, Chicory, Watercress, Nettle, Dandelion, Ginger), the elimination organs (skin, liver, kidneys, intestine) between seasons and when there are signs of accumulation of waste and toxins (overdoing it with food, slow digestion, bloating, dry and dull skin, halitosis, tiredness, fatty liver, constipation).

The use of the leaves and sap of Birch is of particular importance in obtaining a general purifying effect, especially at the level of the skin. As early as the late sixteenth century, the Sienese doctor Mattioli noted in his Commentaries: ‘Birch removes stains from the face and beautifies the skin and the complexion’. In the 1920s, the French doctor Leclerc suggested its use as a fundamental remedy for cellulite, due to its purifying and diuretic properties, which promote the elimination of metabolism waste and of tissue renewal products.

Recourse to Artichoke and Dandelion is particularly useful in encouraging the purification process.

Cynarine is the most important active principle of Artichoke: it can increase the production of bile, reducing cholesterol and triglyceride levels. The numerous indications for use of the countless preparations with artichoke include digestive disorders, such as a slow digestion process, bloating, and the post-prandial feeling of heaviness.

Dandelion, also known as lion’s tooth or clock flower, is an extremely common perennial herbaceous plant. Modern phytotherapy has made the best use of its multiple properties, to the extent that the term ‘dandelion therapy’ has been coined. Digestive problems, halitosis, the consequences of excessive eating, fatty liver, high cholesterol levels, water retention and cellulite are just some of the main indications for its use. 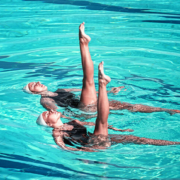