You are here: Home1 / News2 / Guides3 / How to fight anxiety and stress with natural remedies

Stress may be defined as a the sum of the reactions launched by the body when faced with any negative stimulus, be it physical, mental or emotional, which tends to disturb its equilibrium. When this response is inadequate, it can become a disease. In actual fact, stress is necessary for life and has a very important role to play when it is under control: this is known as eustress (from the Greek, ‘positive stress’). However, when it exceeds the body’s ability to adapt to it, stress has negative effects, with symptoms that are initially functional and then organic: this is the so-called dis-stress (from the Greek, ‘negative stress’).

Scientific knowledge of stress is recent and dates to the 19th century, at the same time with the increased exposure of man to increasingly complex and aggressive environmental factors. The tension defined as stress originates from the constant effort to react to external stressors to preserve or restore internal conditions to their original state. It is an English term loaned from physics, which technically indicates the force that, when applied to a solid body, tends to make it lose its shape. In the same way, external forces on our body cause a tension that can be advantageous for our growth – which is when it is known as eustress or positive stress, or cause a series of negative consequences. The latter condition is defined as distress.

A few years later, in 1936, the Hungarian doctor Hans Selye performed studies that prove the universal and non-specific nature of the response of all living beings to environmental stimuli. He also identified a very specific sequence during the general response. Bodies exposed to environmental threats activate a first response of alarm with biological changes that make for a ‘fight’ or ‘flight’ reaction. If the aggression persists, a second phase starts, triggered by progressive adaptation mechanisms. And, if the stress is too much or lasts for a long time, signs of exhaustion start appearing.

In the past few decades, the awareness of the starring role played by emotions as an internal stress-inducting factor has increased. Anxiety, fear, panic, sadness, depression, low self-esteem, envy, phobias, worries, emotions and behaviour patterns that have a negative influence on life are experiences of intense negative stress that can encourage the appearance of the disease.

To defend ourselves from stress, it is recommended to follow a few general rules, such as living a healthy life, with a balanced diet, sleeping enough, moving regularly, making some time for hobbies and relaxing, giving up smoking, alcohol and caffeine-based beverages. Relaxation techniques facilitated by deep breathing are very useful under conditions of extreme stress. Certain simple actions can help us transform negative into positive stress.

Observation and research have made it possible to identify the effective and not-so-effective methods to counter stress. Excessive work, smoking, eating one’s feelings, taking medicine or drugs are non-effective behaviours adopted to reduce the consequences of stress, increasing the risk of cardiovascular disease. The methods that can counter stress include a healthy diet, regular physical activity, sleeping, playing, meditation, massage, yoga.

Stress, the immune system and disease

Scientists have known for a long time that negative stress is responsible for an altered regulation of the activity of the immune system, which, when it lasts for a long time, can induce the appearance of – even severe – pathological symptoms. The persistence of stressing conditions increases the risk of inflammation, allergies, infections, auto-immune disease and tumours. Moreover, in the recent past there has been proof of a reciprocal interaction between the stress hormones, on the one hand, and the mediators of the immune system, on the other hand. This discovery has triggered the birth of a new discipline that studies the interaction between the mind, the nervous system, the endocrine system, and the immune system, defined as PNEI (psycho‐neuro‐endocrine immunology).

The term ‘panic’ derives from the name of the god Pan, son of Hermes and a nymph, half man and half goat, who caused terror with his sudden and violent screams. It is an acute emotional reaction that appears following an intense shock or severe stress, or before a dreaded trial (an exam, a test, a sports competition, a performance) with clouded or blurred vision, muscular weakness, tremors, disturbed vision, diarrhoea.

It is a concept introduced by Wilhelm Reich, a pupil of Freud, who suggested, during psychoanalysis, working directly on the body with exercises, postures, massage, verbalisation and expression of emotions, to remove energy blockages responsible for areas of painful muscle tension. Later, A. Lowen identified seven body energy blockages due to non-expressed emotions:

Magnesium is one of the major chemical elements that plays a key role in regulating neuro-muscular excitability, in the production and transport of energy. It reduces the secretion of adrenaline and its effects on the brain, heart, muscles and digestive system. Stress causes magnesium to be released by the cells and be lost through urine. This happens regardless of the type of stress: abnormal physical effort, intense noise, internal tension, abrupt changes in temperature, trauma, surgery, etc. Under conditions of stress, the release of magnesium from the cells is associated with the entry of calcium and consequent increase in the contraction of skeletal and visceral muscle. This condition may result in contractures, muscle cramps and spasms of the smooth muscles, responsible for abdominal pain and painful periods.

Taurine is a sulphur-containing amino acid that plays a similar role and whose effect is complementary to that of magnesium.

Vitamin B6 is indispensable for the synthesis of Taurine. It can act only if it is activated by Magnesium. Furthermore it is involved in the conversion of 5-HTP to serotonin.

The main actions performed by Hawthorn are as sedative, hypotensive, antispasmodic, cardiotonic, antiarrhythmic (decreased heart rate), coronary vasodilator. The main indications include anxiety, insomnia, tachycardia, hypertension and cardiac circulatory failure. Hawthorn is mainly used for its sedative and muscle relaxant action at the central nervous system level. Some flavonoids, such as chrysin, are capable of interacting at the level of receptor sites for benzodiazepines. It is considered the preferred plant for cardiovascular disorders. It acts on the cardiovascular system dilating the vessels’ musculature, in particular coronary vessels, decreasing peripheral resistance (hypotensive action), by acting directly on the myocardium with positive inotropic action (increased contractile force).

Botanical name: Griffonia simplicifolia L. The seeds are used. Its main component is 5-HTP (5-hydroxytryptophan). It has relaxant and antidepressant properties. Griffonia is used in anxiety disorders, mild depression, sleep disorders, attention deficit linked to stress. Griffonia seeds naturally contain 5-HTP (5-hydroxytryptophan), an intermediate of tryptophan which is a serotonin precursor, an important neurotransmitter involved in functions such as sleep and mood.

It is an amino acid, extracted from tea leaves, which has been proven to stimulate the production of alpha brain waves resulting in a calming effect, without causing drowsiness. Numerous pharmacological and clinical studies have been performed, which have confirmed: relaxant effects, increased learning ability and concentration, pressure reduction, improved sleep quality, recovery from physical stress, improved physical and mental performance.

Some useful advice to fight anxiety 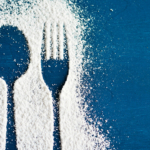